Hello blog-readers 😀 Today’s post is going to be a fun one to write and hopefully a fun one for y’all to read. You know when you hear a song on the radio and you just… don’t like it, but you hear it a few more times and gradually you fall in love with it. This has happened to me a lot so I thought that it would be cool to write up a blog post on it.

My First Thoughts: My first thoughts on this song were skeptical. I didn’t outright hate it, but it just sounded like a song that was meant to have a good meaning behind it but then was succumbed to the typical pop sound. Which it kind of is, but the way Grande sang the song had me thinking there wasn’t any emotion behind it.

My Thoughts Now: I still think that it’s too pop-y considering the message of the song (the aftereffects of the attack at her concert). But now I realize that it’s supposed to be an uplifting song about how you don’t let something like that stand in your way from being happy and you just need to pick yourself up and not let anybody bother you. The music video is one of the better ones that I’ve seen as far as American videos go.

My First Thoughts – Everyone was hyping this song up when it came out, saying it was the new ‘Blood Sweat & Tears’ (a song i keep near and dear to my heart) but when I heard it… I was very disappointed. It didn’t sound like anything new and the chorus just didn’t do anything to please my ears. And yes, it sounded too western¯\_(ツ)_/¯.

My Thoughts Now – This song is now on my work out playlist so I would say that I like it much more now than when I heard it the first time. The auto tune on Tae’s voice is what got to me when I heard it. He has such a naturally beautiful deep voice and I just feel like the intro and end of the song would’ve sounded (to me, at least) better without the filters added. The music video is stunning though!

My First Thoughts – WHY DO RADIO STATIONS KEEP PLAYING THIS AHIDBOSDUB. Here’s the thing. I love Maroon 5. I do. Not their recent stuff, really, but I grew up singing their songs and still jam to ‘She Will Be Loved’ to this day. However, this song just… annoyed me? First, it repeated itself SO MUCH and it felt weird to have Cardi B collab with them? I don’t know, it just felt like a weird match-up to me. The song did nothing to please my ears.

My Thoughts Now – I still don’t LOVE it, but I also added it to one of my monthly playlists. I might have also learned Cardi B’s 10 second rap. The music video itself I put on in the background while I was doing my nails so I haven’t seen all of it, but it’s simple like the song and has some celebrity guests so I guess that’s cool. Not anything I’d watch again though.

My First Thoughts – I just… really did not like this song the first few times I heard it. I think it was the beat and the way the members used their voices in the song. It wasn’t for me at all and the music video itself made me think of ‘DNA’ by BTS too much.

My Thoughts Now – This song is on two or three of my playlists I listen to quite often. I’ve gone back to watch the music video a few times and it’s safe to say that I appreciate it a lot more now than when I first listened to it. It’s catchy, the dance fits really well with the song, and the line distribution is amazing. Plus JB pretty much made the entire song.

My First Thoughts – I HATED THIS SONG. SO MUCH. I don’t know why??? It just kind of felt all over the place and like Cardi B and Bad Bunny were fighting for lyrics from each other. I also felt like there was absolutely no meaning to this song, like I didn’t understand what was trying to be said. Which I guess is the point but still. It took me a LOT of listening to this song to the point where I don’t skip it when it comes on the radio.

My Thoughts Now – I can’t listen to this song very often because truthfully, I still don’t like it that much, but it’s tolerable now and it’s on one of my monthly playlists so I do listen to it whenever it comes on. I just wouldn’t choose to listen to it over other things.

‘As If It’s Your Last’ – BlackPink

My First Thoughts – Just… not interesting? Too Western and it just didn’t get my hyped up and excited like I know it’s supposed to. I honestly skipped it every time it would show up on my Pandora. Oops.

My Thoughts Now: It’s probably my second favorite BlackPink song (after ‘Playing With Fire’) and if I remember correctly the rap in this one is one of my favorites. The drop is pretty good as well. I haven’t seen the video so I don’t really have much to say there, but I like the pink columns.

My First Thoughts: Sounds like everything else Halsey has done?? Still don’t like her voice that much?? Sounds a bit desperate in this song (which is probably the point but still) haha. I don’t know. I just really didn’t like this song the first dozen-or-so times I heard it.

My Thoughts Now: I haven’t heard it in a while but I would get it stuck in my head and pretty much sing it to myself without getting annoyed… most of the time. Her songs are a big hit-or-miss with me but this one stuck with me in a good way.

My First Thoughts: I think I only heard the… what would you call it? The dance break? before I heard the entire song and I didn’t like it. EDM isn’t my thing at all so when it’s incorporated into a song it’s more difficult for me to get into the song. I also used to not like girl groups because their songs just didn’t appeal to me until recently.

My Thoughts Now: OMG!!! I have no idea how much I’ve listened to this song. I became kinda obsessed with Red Velvet over the last 1-2 months. I love their concepts and how they’re different than other girl group concepts. Plus, all of the members are amazing. ‘Peek-A-Boo’ in particular is my favorite song of theirs now. I never get tired of it.

My First Thoughts – I just… don’t like Dua Lipa’s songs. I feel like she mumbles a lot when she sings so I’m not able to clearly understand what she’s saying (in ‘New Rules’ it took me dozens of listens just to know what she was saying in the chorus ergh!!) and her songs just play ALL OF THE TIME on the radio that they end up annoying me. I hated this song the first time I heard it, I actually changed the radio station mid-way through the song. I just can’t listen to a song I don’t like, okay.

My Thoughts Now – I don’t *love* ‘IDGAF’ but it’s probably my favorite Dua Lipa song that I’ve heard. It no longer annoys me and I don’t skip it when it comes on the radio. It also made its way on a playlist of mine so that counts for something. Plus my dad loves Dua Lipa so this was me giving her another chance.

My First Thoughts: Again with the heavy EDM. The song just wasn’t for me. I don’t know why, it just didn’t do anything for me. I loved the dance the first time I saw it though, it’s such an iconic dance in the K-Pop world that I see it everywhere on variety shows.

My Thoughts Now: SUNMI IS QUEEN 👑 I could literally listen to this song on replay. Once it gets its talons in you, you’re stuck. 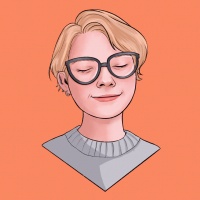