Today’s post is going to be a personal one. Probably the most personal one I’ve ever written. Truly, I don’t quite know how I’m going to write this post because only recently have I been thinking about my identity.

If y’all didn’t know, I am a Native American, but not fully, since I’m at least half-white, but I have a lot of Native American in my blood and only recently have I realized what this means.

I’m a person of color. Or, well, biracial.

And I didn’t even realize it.

You’re probably sitting there wondering “Savannah, how come you are just now realizing this now?” Well. Here’s the thing. I was never properly educated on the gray undertones of ethnicity and race and all of that.

I knew about my Native American-ish all of my life and I always felt something in my heart twist when Native Americans appeared on television or were mentioned in books. The thing is. I never saw myself as one of them. Why? It’s simple. I blend in.

There have been times where people at school have called me Indian or would always turn my way/ask me questions when we learned about Christopher Columbus and Pocahontas in school, but I still never felt like I could call myself a person of color because I could blend in as white.
by some twisted logic, i guess i assumed that i was white?? hahah this is why educating is important, my friend

But it’s not just that. My people. The Native Americans, the true original inhibitors of this country we call the United States were here before anybody else. We are the original Americans and yet… we are barely ever talked about. It’s almost like we don’t even exist. Like we only existed in the past.
omg so all native americans in the 21st century are time-travelers, me included o.O

When Indigenous help i need to use my spell corrector every time i use this word people are mentioned in books, TV shows, movies – anywhere in the media – we are talked about as if we are a thing of the past. Like we no longer exist. This is so wrong. This is why I never felt like I could identify myself as a minority or anything other than white.

I am nearly 18 years old. I’ll ‘officially’ be an adult in just shy of 1 month (yay!) and I just realized this only a couple of weeks ago. I see myself as a pretty self-aware individual. I know my strengths and weaknesses. I know that I’m not perfect or always right. I’m an advocate for diversity and equal rights, but I never quite knew my own identity – and I’m honestly still trying to figure it out.

The reason I am writing this post is… I don’t know… to make this ‘new’ discovery about myself somehow official? Or maybe I’m trying to spread awareness about something I care about. Something that is never talked about, not even in the book community where diversity has been the number one priority as of late.
haha yes i am exposing everybody

I guess this post is kind of here to share a little piece of myself with y’all, a piece of myself that I only just recently accepted and am now ready to start exploring. I’m lucky to already have the support of almost 1,000 people (i still can’t believe i’m almost there) that follow me so now I feel like I am bringing all of you on this journey with me of self-discovery.

Enough of that. Let’s get to the meat of this post! Because, boy do I have a lot to talk about today.

I’m going to talk about the way the media portrays Native Americans, and frankly, just how I’ve observed others acting towards my people (this makes me so happy to be able to say you have no idea i am nearly in tears writing this post)

There are honestly so many more I could mention, but I think you get the general idea.

A few things you should never do:

A few things you SHOULD do:

one way you could do this is by checking out my #ownvoices wip here. wow my self-promo game is strong today

This post was a lot of fun to write. I educated myself by researching and I honestly have never felt more connected to my true self. This feels cheesy to say, but it’s the truth haha. I wrote a lot so most of y’all probably ended up skimming, but I hope that you had at least a small amount of fun that I had 🙂 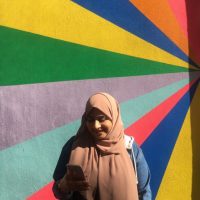