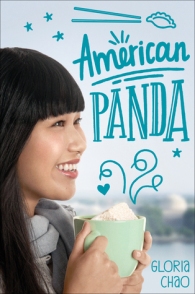 At seventeen, Mei should be in high school, but skipping fourth grade was part of her parents’ master plan. Now a freshman at MIT, she is on track to fulfill the rest of this predetermined future: become a doctor, marry a preapproved Taiwanese Ivy Leaguer, produce a litter of babies.

With everything her parents have sacrificed to make her cushy life a reality, Mei can’t bring herself to tell them the truth–that she (1) hates germs, (2) falls asleep in biology lectures, and (3) has a crush on her classmate Darren Takahashi, who is decidedly not Taiwanese.

But when Mei reconnects with her brother, Xing, who is estranged from the family for dating the wrong woman, Mei starts to wonder if all the secrets are truly worth it. Can she find a way to be herself, whoever that is, before her web of lies unravels?

As all of y’all most-likely know by now, American Panda was my most anticipated release of 2018. That being said, I raised my expectations for this book sky-high. So high, in fact, that it might as well have been in space floating around with the stars. I set myself up for disappointment.

That aside, I absolutely adore this book. This is largely due to the protagonist, Mei. I’ve talked about how I usually don’t like YA heroines before and so it’s rare for me to like a heroine let alone adore one so much.

She’s hard-working in everything she does. This is mainly due to her wanting to please her parents, but in dance – her true passion – she puts everything into making her dance absolutely perfect. She wants to be the perfect daughter that becomes a doctor as her parent’s wish, but she’s scared of germs and doesn’t like to study medicine.

She’s respectful of her parents and what they’ve had to sacrifice in order to give her a comfortable life in the States, but she also has a passion that is the complete opposite of what her parents want for her. Throughout the book she is confronting these feelings and starts to think for herself. The character development in this book was wonderful as she came to terms with what she wants versus what her parents want. I loved seeing this healthily explored in a YA book.

Something that’s a huge part of this book is family and culture. I liked this because although it’s labelled as a romance, the romance aspect of the book wasn’t a center focus at all. Family and culture was a much larger focus of the book, something I was hoping for when I went into this book.

There was the stereotypical over-controlling cultural Chinese parents, which I think is important to avoid including in books where minorities are written due to giving into stereotypes and making people that aren’t part of that minority thinking that that’s how everyone in that minority are.

People like to generalize, so the little rep that is given to minorities is how the majority chooses to see the minority. It’s unfortunate, but that’s how the world works. So, with that being said, I still thought that this book was able to incorporate the stereotypes without going overboard, showing the layers of people who have to balance two cultures and expectations as first generation immigrants. Because although stereotypes aren’t always true, they stem from somewhere so in some cases stereotypes are real.

I absolutely adored this book. Mei’s voice is funny and filled with so much heart and compassion and need to be herself, even though we’re quite different as people, Chau wrote so I was able to connect with her and feel for everything she went through.

There was also the issue of conflict between the Chinese and Japanese that was dealt with as Mei has a crush on a Japanese boy in her school. Her parents, of course, don’t approve since he’s Japanese and ‘he’ killed their family. I think that this was an important thing for Chau to incorporate in her book because the only other book I’ve read with a topic similar to this was Pachinko, but these take place in different time periods so it was interesting to see how the generations compared.

I don’t know why but I can’t bring myself to rate this 5 stars?? Like, I really enjoyed it but 5 stars doesn’t feel right. I think we all have books like these. There wasn’t necessarily anything that I can pinpoint in particular that I didn’t like but it doesn’t feel like a full 5 stars. I could still fangirl about this for days solely for it’s existence.

Have you read American Panda? Do you plan on reading it? Do you have a favorite book set in college? Do you like the college setting and wish there were more YA books set in college?