February was more of a hectic month than January, I think, but also a wonderful month overall. Wonderful because I did so many things to better improve myself mentally and physically, and I’ve been working really hard to strive for perfection in school. I’m overall excited to write this wrap-up!

Simon vs. the Homo Sapiens Agenda by Becky Albertalli // 4.5 Stars. Loved Blue and Simon and their relationship was adorable.

Barnabas Tew and the Case of the Missing Scarab by Columbkill Noonan // 4.5 Stars. I surprisingly really enjoyed this one.

The Upside of Falling Down by Rebekah Crane // 3.5 Stars. It was good but could have been a lot better. Had a few issues with it.

I’m also more than halfway done with A Girl Like That by Tanaz Bhathena and roughly 150 pages into Pachinko by Min Jin Lee. I’m enjoying them both a lot and I love how they both take place outside of the United States! 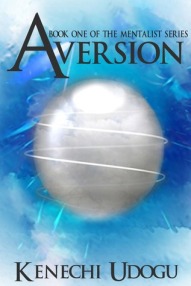 kneel down to the gif!

I’m getting close to catching up on the books sent to me for review. Roughly 2/3 of the books I’ve been reading recently are review copies so I’m doing good so far. Two of the books above I have already started, like I previously mentioned, and American Panda is a book y’all know I’ve been anticipating for forever and I was able to purchase it this month so I can’t not read it in March. The rest are for review!

The most popular post on the blog in February was *drum roll* Down the TBR Hole #17! This post got a surprising 50 likes on it – while #18 barely got any. I didn’t post any discussions or fun random posts this month so I guess it makes sense that a weekly meme got the most views/likes.

My stats went down this month due to me not posting as consistently as I usually do and the lack of discussions and random posts that people seem to love. But my stats were still surprisingly good considering this setback! I hit a record-breaking 1.8k last month and made it to 1.1k in February so I see that as a positive sign. Even when I’m not posting very consistently, people are still reading my blog.

I’m also now only 70 followers shy of 900 followers on the blog which is mind-boggling! Thank you to all of the new and old followers. I appreciate you so much.

I decided to take a Twitter hiatus a few weeks ago where I only visit Twitter maybe once or twice on the weekends and it’s felt so good! I’ve been able to focus on my schoolwork a lot more and just experience real life. Although I do miss interacting with my Twitter buddies and seeing how you’re all doing daily, doing this has bettered my own mental state and has kept me more focused than I’ve been in a while.

February was the month where I finally started getting settled in my new place – going for runs around the neighborhood and in the nearby park every other day, getting into a daily routine – and now I’m moving again haha.

I’ll be moving mid-March so there probably won’t be constant posts (again) – just to let you know ahead of time. Thankfully the move shouldn’t be so hectic this time around since we’re just moving like five minutes away and 99.9% of our stuff is still packed.

Our new house is awesome though! We got a really good deal. My room has two closets – one for clothes and the other with ‘bookshelves’ so I’ll finally have somewhere to put my books! We also have a heated pool and spa, large backyard, and the layout is really nice. There’s also a lake nearby, a neighborhood tennis court, and it’s really close to an area with nice restaurants and such that we’ve found a liking to.

My mom and I have been going to the local Farmer’s Market, which is actually voted one of the best in the country, every Saturday. We took our two small dogs last Saturday so they had fun.

Last month I had three classes to finish, as well as Algebra and German. This month I finished those three classes and I’m more than halfway done with German. Unfortunately, I’ll have to get an Algebra tutor. This idea had me in a depressed state for a few days until I realized how much it’ll benefit me.

I’ve also been on the hunt for universities. It’s very likely that I’ll be enrolled and attending classes at a university next year so I’ve got to start researching. I found a few that could be good contenders, but by far my favorite is all the way in California across the country so – that might not happen (for the first few years, at least).

I watched some of the Olympics – if you don’t know I love the Winter Olympics! Plus it was held in PyeongChang, South Korea – which means Korean culture and K-Pop!! Exo’s performance at the closing ceremony was mind-blowing and I’m so proud of them for getting chosen to represent their country like that.

My mom and I got caught up with The Goldbergs and started a show called Fresh off the Boat. It’s about a Chinese family moving from Chinatown in DC to Orlando and it’s really funny – I recommend it. And seeing Asians represented on TV as a normal family living in America is a great thing to see.

Drama-wise I only watched Playful Kiss, a Korean drama based off of a manga. It reminded me a lot of Boys Over Flowers (cause then main dude primarily haha) mixed with Good Morning Call, so I really enjoyed it.

I started branching out and listening to a lot more groups this month which I’m proud of myself doing but also it becomes quite a bit when you try to juggle all of the comebacks, members, songs, reality shows, etc. so I’ve been limiting my K-Pop exposure.

Here are some of the songs/music videos I’ve loved in February, some new releases and some old that I’ve just discovered:

A group I’ve found a liking to even though I’ve only heard a few of their songs – this new release is really catchy and I like the music video.

This month I fell in love with NCT 127 and NCT U – NCT Dream is okay, but they’re so young (my age, but still, I’m still practically a baby). Their upcoming comeback promises a more mature look and sound than their other work though so I’m pretty excited for it. I love NCT U’s two new releases ‘Boss’ and ‘Baby Don’t Stop’. Their dances are so well-choreographed and the songs are really catchy!

I loved the look and feel of this music video – the choreography and the way it was filmed to show the emotional turmoil each member is in and how they dealt with it was amazing. I also really love their video for ‘Just Right’ and the message of the song is one of the best I’ve seen in K-Pop.

Okay, last one, I promise! I also fell in love with VIXX this month – properly. Before I just listened to some of their music but I started watching some of their music videos too and they’re just as amazing. This one would have to be my favorite solely for the dance with the fans.

Also, one of my favorites – Jeong Sewoon – released part two of his first mini album and I loved it so much! It had more of a chill vibe than part one. I found myself listening to it on repeat. His voice and sound of his music is more mature for his age than you’d expect.

Two of my favorite groups are going on world tours this year and are having stops in the United States! It’s unlikely that I’ll be able to go to any of the concerts since none are being held in my state, but it’s still very exciting.

yes, i’m making this wrap-up even more unnecessarily long than i usually do

How did your February go? Do anything interesting? Have any exciting plans for March? Let me know!