A blogger friend of mine, Lia @ Lost in a Story, created a brilliant tag where you choose two books and mash them together to create one epic, weird book!

I’m going to try and use some popular books and books in different genres so that this will be as interesting as possible. Let’s begin!

Okay this one will be very interesting!!

For as long as Cinder knew, New Beijing was covered in darkness. There was a large object that floated in the air. It covered the entire expanse of the city. It never moved. It never did anything but cover the city in blackness.

Up above the city rested children. Their color was blue. Their hearts were made of stone and ice. Sarai was one of them. She would spend her nights swimming in the dreams of those in the city below her. There was a certain prince in which she enjoyed his dreams the most.

OMG I need this as a book STAT. Anybody else??

can this actually be a new ship please?? 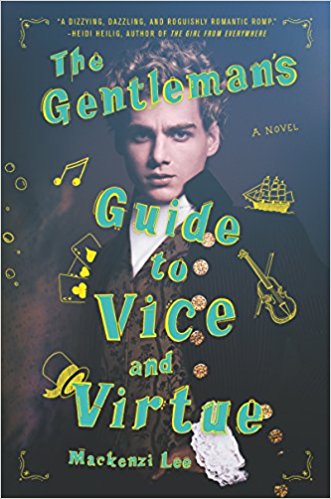 This combination is a bit more odd, but I can kind of see it happening?? Sort of??

Henry “Monty” Stark was told this nearly every day by his father. Soon enough the land would be covered in snow up to your waist. Soon the House Lannister would invade and turn on them. Felicity Stark was raised as a lady and was to be married off to the golden stag that sits upon the iron throne.

But the Stark family gets split and the Houses at each other’s throats. Will Monty’s crush on the Tyrell bastard Percy save or destroy them? Will the rising dead be the death of them all?

That was a crappy synopsis. I seriously didn’t know what to write haha. I guess this works… sort of??

tbh Monty would die within 5 pages of Game of Thrones

The Night Circus x The Hate U Give

The only similarity these two books have is the color scheme of the covers. Hmm… let’s see what I can do with this.

A circus would appear overnight a few blocks from Starr’s house once every few years. She found it strange that a circus would want to come to her part of town, but it was a whimsical and wonderful place that her father took her to every time it appeared.

She would hold her father’s hand, her little legs struggling to keep up with her father’s large ones until they grew longer and Starr became bewildered by the actors in the show who never seemed to age since she began going a decade ago. There was something strange about this circus but she just couldn’t decide what it was.

I somehow managed to make this work.

Okay, but WHAT THE HECK. HOW AM I SUPPOSED TO MAKE THIS WORK??? *sigh*

For as long as Dimple could remember, she’s always felt different than all other girls. She didn’t care about her appearance and she liked coding. When she gets the chance to go to a summer program for coding she leaps at the chance.

Only, when she gets there she meets a boy – Rishi Patel – the Indian boy her mother arranged her to marry. And something is off about Rishi. After a chain of events, Dimple discovers that she’s actually half-god – a Demigod – and so is Rishi. Nothing will ever be the same again.

That was so difficult oh my god. I couldn’t see this happening though! Could you?

Rishi would be son of… uh… i don’t know…

Although I was let-down by both of these books, they would mend very well together!

A place of mystery and intrigue, Caraval was the center of every child’s dreams. Etta – a violin prodigy – wanted to go to Caraval more than anything in the world. She sent letters every year, never truly thinking she’d get invited – until she did.

But. When she gets to Caraval with her mother, she disappears and she meets a pirate named Nicholas. He’s kind, but mysterious and is probably holding a big secret, like where her mother disappeared to.

That synopsis was very sucky but I bet it would make a wonderful book!

Ilsa @ A Whisper of Ink

19 thoughts on “The Book Mashup Tag”